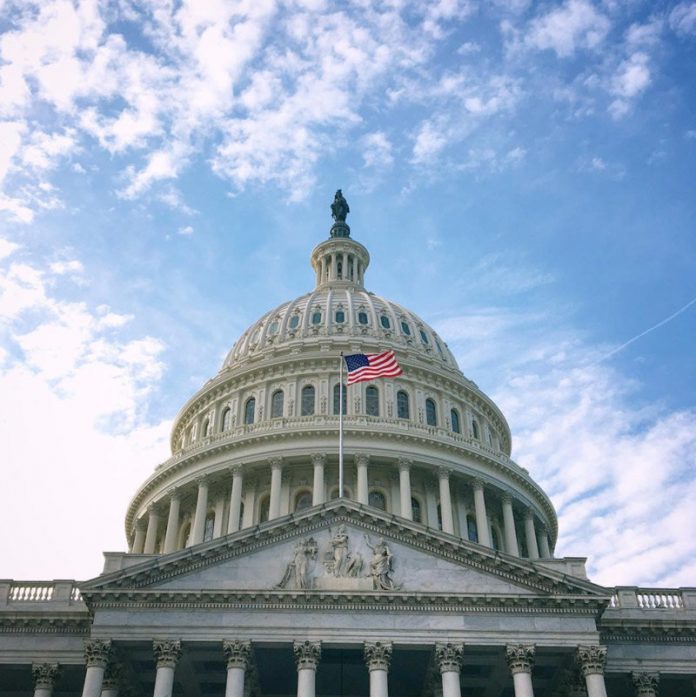 US President Donald Trump’s announcement to move the US Embassy to Jerusalem May 14, 2018  will make it 70 years since US President Truman recognized Israel as a nation on May 14, 1948. These historic decisions are about to release extra  blessings on Israel’s 70th Independence Day Celebrations!

November 8, 1995, the US 104th Congress passed the Jerusalem Embassy Act of 1995 into public law. The law states that Jerusalem should remain an undivided city and should be recognized as the capital of the State of Israel and the US Embassy should be established no later than May 31,1999.

A negotiated waiver was put into effect under the Clinton Administration that would give the President the power to postpone implementing this legislation every six months. Since then the Clinton, Bush and the Obama Administrations have repeatedly used the waiver to delay moving of the US Embassy from Tel Aviv to Jerusalem.

The US maintains it embassy in the functioning capital of every country in the world except Israel, but thanks to President Donald Trump, America will finally fulfill their promise to Israel and continue to build an unbreakable bond between each other. This historical moment for Israel will release blessings on our nations. Genesis 12:3 I will bless those who bless you, and whoever curses you will be cursed.

The State Department confirmed the timing of the move, with an official telling The Times of Israel: “We are planning to open the new US Embassy to Israel in Jerusalem in May. The Embassy opening will coincide with Israel’s 70th anniversary.” 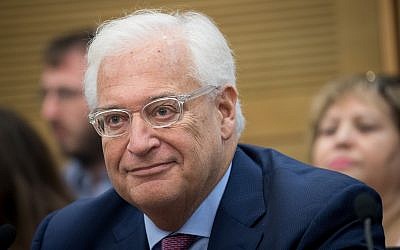 American Ambassador to Israel David Friedman attends the lobby for Israel-US relations at the Knesset on July 25, 2017. (Yonatan Sindel/Flash90)

The official said, “The Embassy will initially be located in Arnona [in south Jerusalem], on a compound that currently houses the consular operations of Consulate General Jerusalem. At least initially, it will consist of the Ambassador and a small team.”

A ribbon-cutting ceremony is being planned for mid-May. Israel proclaimed independence on May 14, 1948. According to Channel 10 and Hadashot news, the ceremony could be held on May 14 to honor that date. (Israel celebrates its anniversary of independence according to the Hebrew calendar; Independence Day — Yom Ha’Atzmaut — falls on April 19 this year.)

The May opening marks a significant acceleration. Vice President Mike Pence had said previously the embassy would open by the end of 2019. And Tillerson had said it could take years.

The date of the move is seen as largely symbolic, as the logistics of a permanent relocation are expected to take much longer. Most of the embassy staff could continue to operate from Tel Aviv during the early stages.

Staff at the consulate were told Friday that, as of mid-May, they would be considered employees of the embassy, Channel 10 reported.

In its initial phase, Ambassador David Friedman will move to the consular premises, Channel 10 said, and the building will be formally redesignated as the US Embassy.

Channel 10 quoted aides to Prime Minister Benjamin Netanyhau saying he had not pressed for this accelerated process. The TV report noted, however, that a festive ribbon-cutting ceremony at a US embassy in Jerusalem in less than three months, as he battles corruption allegations, is well-timed from his perspective

The US will initially retrofit a small suite of offices in the facility to accommodate Friedman, and key aides, while Friedman will still also maintain an office at the current embassy in Tel Aviv, which would henceforth be considered a branch of the Jerusalem embassy, Channel 10 said. Jerusalem consular staff will continue to provide consular services such as issuing passports and visas at the building. (The US Consulate on Jerusalem’s Agron Street, which is responsible for Palestinian areas, will continue to function as before.)

The rest of the embassy staff will remain at first in America’s current facility in Tel Aviv. Over time, the Arnona facility will be expanded to accommodate more embassy personnel. The expansion could ultimately involve an adjacent property that currently houses a home for senior citizens. It will come under US control in the next few years under a previous arrangement, officials said.

Finally, a new purpose-built embassy will be planned and constructed.

Earlier Friday, four US officials told The Associated Press that the Trump administration was considering an offer from Republican mega-donor Sheldon Adelson to pay for at least part of the new embassy.

Lawyers at the State Department are looking into the legality of accepting private donations to cover some or all of the embassy costs, the administration officials said. The discussions are occurring as the new embassy clears its final bureaucratic hurdles.

In one possible scenario, the administration would solicit contributions not only from Adelson but potentially from other donors in the evangelical and American Jewish communities, too. One official said Adelson, a Las Vegas casino magnate and staunch supporter of Israel, had offered to pay the difference between the total cost — expected to run into the hundreds of millions of dollars — and what the administration is able to raise.

Under any circumstance, letting private citizens cover the costs of an official government building would mark a significant departure from historical US practice. In the Jerusalem case, it would add yet another layer of controversy to Trump’s politically charged decision to move the embassy, given Adelson’s longstanding affiliation with right-wing Israeli politics.

Since Trump’s announcement on December 6 that the US recognized Jerusalem as Israel’s capital and planned to move its embassy from Tel Aviv to the holy city, his administration has been sifting through options for fast-tracking the relocation. Last month, Pence announced during a visit to Israel that the embassy would move by the end of 2019 — possibly earlier. Ambassador Friedman, who lobbied for Trump’s decision to recognize Jerusalem as Israel’s capital, has advocated moving the embassy as soon as possible. 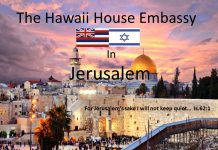 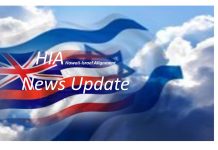 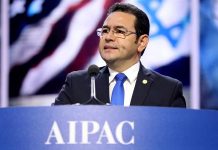